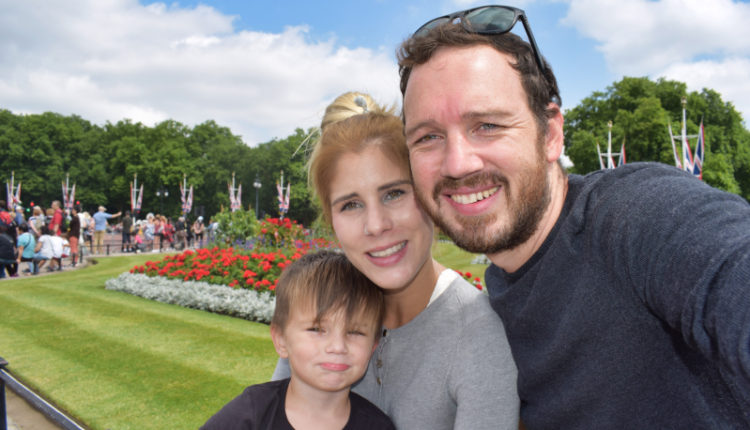 5 Things to do in London when travelling with Children

Arriving in London, for us, was never about sightseeing and exploring the city. It is a city both Lauren and I have visited on multiple occasions, unlike most other destinations we have travelled to this year.

Visiting London, was more about taking time to catch up with family and friends. Which after almost six months on the road was a welcome break from what has now become our new normal.

My sister and her family live in London and so we based ourselves with them for the duration of our stay. In addition, my parents were also visiting from Cape Town, so although it made for a very manic house of six adults and three children, all under the age of four, it was still a very special time.

In total, we spent Just over a month in the UK with my family. For one of those weeks we spent time together on a family holiday at Centre Parcs in the Elveden Forest, you can read all about our adventures there in Laurens blog. And keep a look out for my next blog to read about Centre Parcs from my perspective.

The rest of the time, as I said, we were based with my sister in Bromley. We spent most of our time in and around the Bromley area, spent a lot of time at home just catching up with family, allowing Aiden to bond with his cousins and exploring the local community of Bromley.

But of course, we did venture into the city of London on a few occasions. London is a massive city and there is so much to see and do. This is my list of things that we chose to do whist visiting London on this trip and the five things, in no particular order, I can highly recommend if visiting London with children.

1 – A visit to St James Park and Buckingham Palace

There are many beautiful parks in London, and all would be well worth visiting, we however chose to spend some time in St James Park.

St James’s Park is a 23-hectare park in the City of Westminster and is the most easterly of a near-continuous chain of parks that comprises Green Park, Hyde Park, and Kensington Gardens. The park is bounded by Buckingham Palace to the west, the Mall to the north, Horse Guards to the east, and Birdcage Walk to the south. As such, my suggestion would be to combine a trip to St James Park with a visit to Buckingham Palace and a stroll along the Mall.

The London Transport Museum, based in Covent Garden, seeks to conserve and explain the transport heritage of London. It does a wonderful job, offering highly entertaining and interactive exhibits which keep the kids, but also the adults highly engaged. My suggestion would be to spend a good junk of time here, at least half a day. Why not combine a trip to the museum with some shopping or a nice meal in Covent Garden.

3 – A trip to Greenwich and the Cutty Sark

Greenwich is a borough in London, England, on the banks of the River Thames. Known for its maritime history, and is home to the Cutty Sark, a British clipper ship.

Our primary reason for making the trip to Greenwich was to visit the Cutty Sark, and it is a really great adventure for the kids. Again, as with most museums in London, there are loads of interactive exhibits and plenty to keep the kids entertained.

The focus of Greenwich is very much the maritime history, but other than the Cutty Sark and the National Maritime Museum, there is plenty of non-nautical things to do. Options include a visit to the Royal Observatory, the site of the Greenwich meridian line or why not just while away the afternoon in the peaceful Greenwich park.

Hamleys is the oldest and largest toy shop in the world and one of the world’s best-known retailers of toys, based on Regent Street the store is set over seven floors, with more than 50,000 lines of toys on sale.

Hamleys may not be everyones cup of tea, but when traveling through London with the kids, how can you not pop in and visit the biggest toy shop in the world. In my opinion it’s a pretty magical experience for children and adults. And one can always combine a trip to Hamleys with some high-end adult shopping on Regent Street.

The Camden markets are a number of adjoining large retail markets in Camden Town near the Hampstead Road Lock of the Regent’s Canal, popularly referred to as Camden Lock.

It feels like you can find almost anything for sale here, including crafts, clothing, bric-a-brac, and fast food. It is the fourth-most popular visitor attraction in London.

The markets originally operated on Sundays only, which continues to be the main trading day although this has now extended to Saturdays and some traders, mainly those in fixed premises, do operate throughout the week. The weekend, however, remains the peak period. So, if you can, aim to come down on the weekend.

Spend the morning browsing the markets and then find a nice spot along the canal for lunch. Our favourite thing is to grab a takeaway sandwich, find a spot near the canal and watch the narrow boats transit through the lock.

So, there you have it, a photo journal of some great things to do with children while visiting London. Of course, there are many, many more activities that are great for the whole family, these are just the five things we chose to do on our visit this time.

London, for us, has been an opportunity to slow things down, put our feet up for a bit and spend quality time with our extended family and so our exploration of the city and visits to tourist attractions has been limited. But this was just what we needed and has allowed us to recharge for the second half of our year of travel.