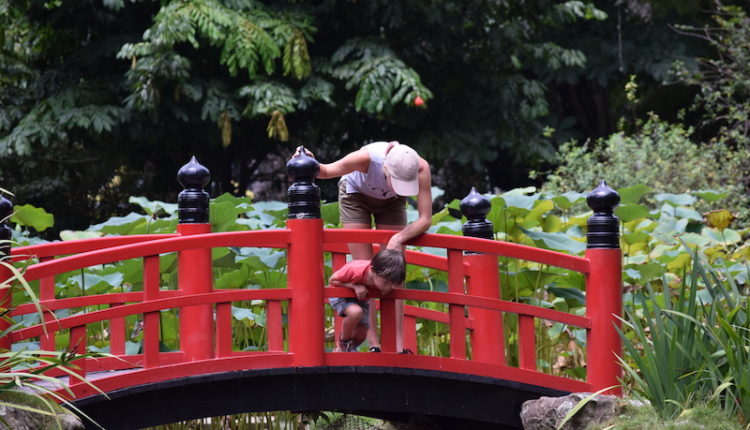 A week of success and some learnings

Some say that there is no such thing as failure. You are either achieving success or you are learning, but never failing. I have always subscribed to this thought, but now it is feeling far more relevant than ever.

So yes, this has been a successful week in Rio, but one with many learnings too.

Today, was a prime example of a learning, and a learning that is relevant to all travellers, not just those travelling with small kids. Understand the culture and customs of the country you are in and understand how that may impact on your travel plans and activities. With the weather not ideal for the beach, we decided to head to the affluent suburb of Leblon to check out the ShoppingLeblon mall. We arrived just before noon to find the mall closed for the day, entrances guarded by mall security and absolutely no access. We are still not entirely sure why the mall was closed this afternoon. Most of what we were told was lost in translation, but there seemed to be some sort of holiday today. Better planning and insight into local custom would probably have avoided a fruitless visit to the mall. All was not lost however, as it gave us the opportunity to take a walk along the Leblon beach promenade and scope it out for a potential beach trip tomorrow. It has been recommended to us, a more child friendly beach than Copacabana and Ipanema.

Speaking of planning, that brings me to our second learning for the week. When travelling with small children it is probably best to stay on plan and not “wing” it too much. On Tuesday, we planned a trip into the City centre to the Museu Arte do Rio. Now, I will admit, that in my opinion, this trip was planned meticulously courtesy of Lauren. From the fact that entrance was free on a Tuesday, to the bus routes and bus numbers we needed to use to get in and out of the city. On route to the museum, we came across the Rio aquarium, and decided we would pay it a visit after our museum trip. The visit to the museum was brilliant, we were able to spend time absorbing the culture and history of Rio and enjoy some amazing artwork on display. Aiden was a real trooper, and although not his favourite activity of the week he did find some enjoyment inside the museum. Apparently to a three year old a stair case, which you can run up and down, is far more impressive than any display hanging on the walls.

After the success of our musuem visit, what followed was a somewhat comical string of errors. A confusing taxi ride and a long walk around the aquarium building looking for the entrance, only to be encountered by hugely long queues and what felt like mass confusion. After some debate, we decided to bail on the aquarium visit and resorted to a short play with Aiden in the playground outside. The events of the day unfortunately did not end there, it was an extremely hot day and after a short play, it became obvious that the heat was taking its toll on all of us. We decided we needed to get home, but after about 10 minutes of walking towards the bus stop in extreme heat, we realised we wouldn’t get there and took a taxi instead. Only to get caught in a baking hot car in the middle of the city centre traffic for about half an hour. We did finally make it back to our apartment safely although slightly worse for wear, and we resolved that going forward we would need to make sure we plan our activities carefully and stick with the plan. Although not how we are used to travelling, it has now become more of a necessity and doing it any other way is probably not entirely fair on Aiden.

So the week brought with it some positive learnings, but it also brought many many successes and special moments of family fun.

We spent a magical morning hunting dinosaurs with Aiden at the Jardim Botanico do Rio de Janeiro (Rio de Janeiro botanical gardens). It is a truly magical place, and it was really cool to see Aidens imagination in overdrive. Despite his small size he covered a huge amount of ground in the hope of finding dinosaurs. We also spent some time amongst children Aidens own age in a play park area, and it was amazing to see how young children seem to be able to bond and play despite language barriers. For Lauren and I, a huge highlight of the gardens was the Japanese garden. It was such a peaceful zone, and makes us feel we need to add Japan to our itinerary.

We also had the opportunity to take a trip up the Pao de Acucar or Sugar Loaf mountain via the state of the art cable cars. At the time Aiden referred to them as elevators. But now every time I mention the elevators, I am corrected with “Not elevators, cable cars……. Silly daddy”. The night before our adventure up the mountain we had briefed Aiden that we would be going up the mountain, and that we might find monkeys. This thought delighted him, and whilst at the top of the mountain we spent many happy moments searching for monkeys. Unfortunately, all we found were “Do not feed the marmosets” signs.

This week we have also had some good beach weather and been able to enjoy some time on both Copacobana and Ipanema beaches. Being on the beach, just relaxing has been fantastic and both Lauren and I could spend hours there,  just watching the sights and sounds. It is a very unique beach experience. Aiden has been loving the beach too, although he is very weary of the ocean and as yet has not even dipped his toe in. He prefers rather to lie in the sand and be buried by us. Or take a shower in one of the many beach showers scattered along the beaches. Once he is in the shower, it is very difficult to get him out. So, if you happen to be passing by Copacabana or Ipanema and see a long queue forming near one of the beach showers, in all likelihood you will find Aiden in the shower, and Lauren and I pretty close by.

Here are some pictures from the week gone past, enjoy.

A week of success

Some peace and quiet in the Japanese garden.

The language barriers we encounter as adults, don't seem to be a problem for three year olds.

There was some amazing artwork in this museum, the views out the windows weren't too bad either.

Aiden was amazing in the museum, although definitely not his favourite activity of the week.

The views from the top of Pao de Acucar are pretty special, and well worth the trip up.

Looking for monkeys up the mountain.

Ipanema beach, if Aiden wasn't in the shower, he was buried in the sand