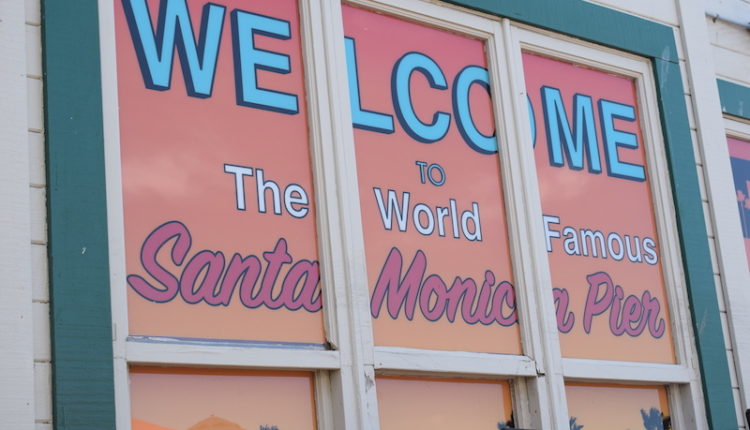 Another week in LA, and time to explore the California beach culture.

When you spend a significant amount of time in one place, you inevitably start to feel an attachment towards it. And to some extent this has started to happen with LA. It is a crazy weird place, but at the same time our Airbnb apartment has brought some serenity and calm to life, which has, since arriving in the USA been a bit of a whirlwind.

Our objective this year has always been to try and live in a city as long as possible and keep life as normal as possible, rather than just visit. And to a large extent, in between our two big adventures this week, we have done just that. We have stayed relatively close to home, explored our local streets and neighbourhood and spent time interacting with the locals and our gracious Airbnb hosts.

But of course, when visiting a new city, you need to spend some time exploring beyond just your local neighbourhood. And after spending most of our first week seeing the sights of the city, we thought it would be good to get a taste of the California beach culture.

Now, to get from our base in Hollywood to the beaches of LA, is not a short task, it is a lengthy commute, close on 90 minutes on public transport. Although long, it is very easy and simple, even with a three-year-old. Especially if you are well prepared with refreshments, snacks and some entertainment in the form of an iPad. (After all our time on the road, we finally seem to have found the recipe for a successful commute).

A short walk to the Hollywood underground station, a tube ride on the red line to Downtown LA, and then a change to the Expo line gets you to Santa Monica without much hassle, and from there it is a short 10-minute walk to the famous Santa Monica Pier.

Our first big adventure for the week was a trip to the Santa Monica Pier. Our total travel time to and from the Pier meant it was a long day out, but still well worth the visit. The Pier did not disappoint and is exactly as portrayed in movies and TV shows. It is a wondrous mix of restaurants, fast food stalls, amusement parks, games arcades and buskers. And makes for a fun, light-hearted atmosphere.

The pier contains Pacific Park, a family amusement park with its one-of-a-kind, state-of-the-art, solar paneled Ferris wheel. And from the minute we arrived Aiden saw the large wheel and was insistent that we take a ride. We delayed the inevitable for as long as we could, explored the pier for a while and then we all went for a ride on the big wheel. The Ferris wheel was loads of fun for Aiden, and offered up amazing views of the Pier, beaches and town of Santa Monica for Lauren and I.

I guess nothing in LA is ever normal, and our lunchtime experience was certainly anything but normal. As we neared the end of a very good lunch, we were approached by a television crew, and were asked if we minded being in their show. They happened to be shooting a travel channel show called Food Paradise. In this episode, they were highlighting restaurants along the famous Route 66, which completes at the Santa Monica Pier. Of course we said yes, and were filmed enjoying our delicious meal at The Albright. The show should be airing in August, so potentially we came to LA, and managed to secure our small piece of fame and a piece of the limelight. Something, some people spend a lifetime chasing.

After a great day out, we spent a few days just living quietly in Hollywood again, before setting out once again on an adventure to the seaside, this time to Venice beach.

A bucket list item for Lauren has always been to bike ride along the beach in California, so a must do item for us on this day was to hire bikes and cycle along Venice beach.

To get to Venice Beach, we took the same route we had a few days earlier to the Santa Monica Pier, and from Santa Monica, we took a short Uber ride to Venice beach. We headed straight to a bike rental spot and hired some bikes, which included an attachment for my bike to tow Aiden along.

Honestly, thus far, this has been one of the best experiences we have had. It was so fun to tick off a bucket list item. We felt like we could have just carried on cycling for hours, but we had more of Venice beach to see and explore.

After cycling we spent some time walking the Venice Beach boardwalk, browsing the many shops, eating ice creams, watching the body builders at muscle beach and just soaking up the sights and sounds of the boardwalk. If you enjoy people watching, this certainly is a good spot for it.

And another chapter closes

And so, as our time in LA ends, and we prepare to head off on new adventures. There is a sense of sadness hanging over us. Mostly because we have been so comfortable in our LA home, and mostly because it has felt so comfortable to put down some proverbial roots for an extended period. Something we haven’t been able to do since we were in Buenos Aires.

But, as with every city we have visited, we always ask the question, could we live here permanently, could this become our forever home? Before visiting LA, I would have categorically said LA would not be this kind of a place for us, but as we prepare to leave I am no longer so sure.

For all its craziness and absurdity, there was just something peaceful and calming about staying here. Was it just that we could stay for an extended period, or is there something more to this place they call LA LA land?

I think Lauren would say there is something special about this place and we should come and live here. Me, I am still not sure, but I can say this, after our time here, the door is not closed. And if opportunity were to arise, I would be open to the idea of living in this crazy place.

I leave LA with very fond memories, and a special place in my heart for the city of angels. My recommendation to you, you should visit and come experience this city for yourself, pictures and words alone cannot capture that special something that this city seems to have.