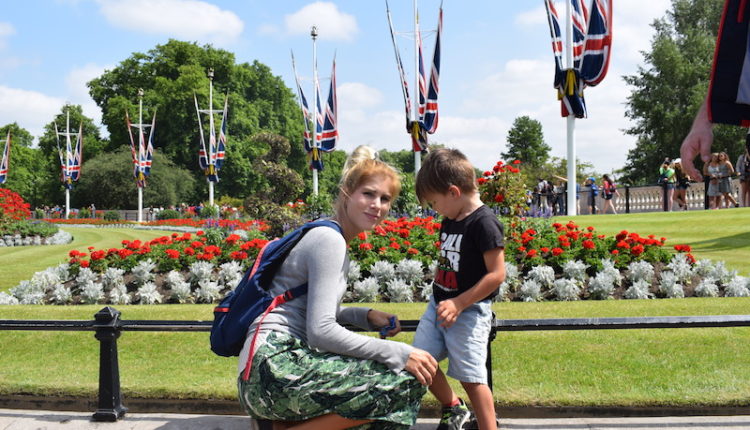 People may think that travelling the world might be easy and completely relaxing but I am finding myself without energy and mentally exhausted. The past two weeks we found ourselves spending a few days in Seattle and a few days in New York before landing in London Town.

Seattle and New York were such whirlwinds and amazing cities to visit but we really pushed ourselves in terms of activities. We are now gratefully staying with Peter’s sister and husband in their home in Bromley, London. We also find ourselves with childcare (Hallelajuh). We are getting a lovely break from looking after Aiden day and night as Peter’s parents are here too visiting. So Aiden finally has his much anticipated time with granny and grandad. Aiden has even been napping in the day a bit since we have been here which means he is probably maxed out from all the travelling too. I can’t believe we have now been on the road for 6 months. It has almost gone by in the blink of an eye which is so scary. We are now having to think about things like budget and how much more travel we can afford to get in before the end of the year. The plan is to definitely slow things down in terms of the number of cities to visit. We don’t want to be completely exhausted by the end of the year as the initial plan for this year he plan was to feel the opposite of tired hence quitting our jobs last year ?

Tonight we are watching the Foo Fighters at Glastonbury Festival 2017 (on T.V only sadly) with Peter’s family, and it’s so nice to feel a sense of home and familiarity. I have especially been missing home and my old routines recently and we have had ongoing thoughts of potentially going home for a bit. However, the plan is to spend a couple of weeks in London visiting with family and friends and then reassess where we are at the end of that.

Earlier this week I visited with one of my best friends Dinny, in Wimbledon. Besides getting lost on the train on the way there, with no cell phone to boot, all went well and I had the best time (mom time without daddy and Aiden). Dinny, some of her friends and I visited the Wimbledon Guild Fair, had an awesome night out on the town and of course suffered the hangover the next day. We also fitted in Brick Lane Market on Sunday which was lovely and I obviously bought my obligatory flower crown (which I’m obsessed with). Staying with Dinny felt a bit like old times and being back home in Cape Town as we’ve known each other since we were about six years old, and it just drove home for me one important thing which is what is the true meaning of friendship and how important friendship is in our lives? I mean where would we be without the help of a friend from time to time? Dinny has always been there for me to lean on and has never judged me for being me. I love this about her and she is a true gem of a friend. She’ll be moving back to South Africa hopefully someday soon and even though I had to say goodbye for now I know we’ll get to see each other again soon.

Getting back to the topic of friendship and what I think the definition of friendship should be. What I’ve come to learn about friendship and I think for most people is that friendship is a combination of affection, loyalty, love, respect, and trust. The general traits of a friendship should (but not be held to) be to include similar interests, respect one another completely and to have an attachment to each other. I personally think that to experience friendship, you need to have had true friends in your life. Loyal friends are certainly hard to come by, but once you have them, they should be there for life. These are the friends that you can turn to and trust in the tough times and the good. This year has taught me many things but one thing I now know for sure is not to take my friends for granted (not that I did before but truly take the time to reach out to them). Life can get hectic sometimes and with people having busy lives with children, relationships, work and so forth it can be hard to decide when to meet up or call etc and keep to that arrangement, but we need to make a point of clearing our schedules to make time for those that are important in our lives. I certainly am bad with always whatsapping or social media’ing with my friends but one thing is for sure is that I have never turned down a friend that has wanted to meet up for a coffee to talk about life and I don’t think I ever will.

Seeing Dinny again solidified that aspect of true friendship for me. Also being back with family again has shown me who and what really matters in life and when getting back home to Cape Town (whenever that may be) I plan to make family and true friendships a priority in my life because that is what life should be about (and shopping of course).