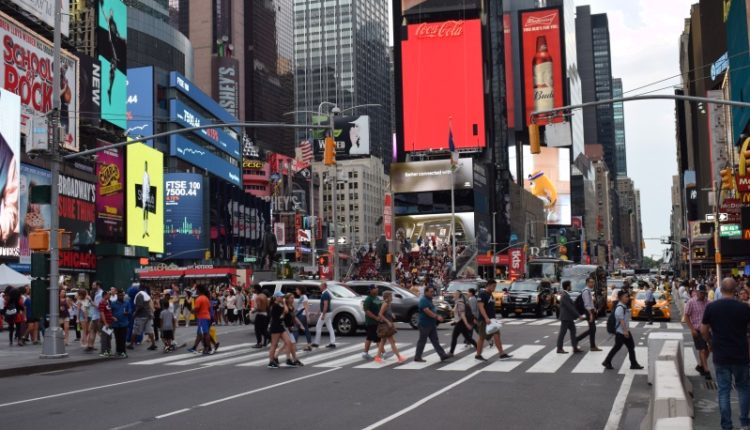 Back to city life: Seattle, New York and my final thoughts on the USA.

Our final week in the USA saw us end our RV road trip in Seattle. This gave us the opportunity to spend four days here before heading east to New York, for three days, ultimately leaving the land of the free behind as we head to London.

Adapting back to “normal” life after two weeks living in an RV has been interesting, having more space and permanent plumbing is definitely a huge plus to non-RV life, but we have discovered that we are lot less of a city slicker family than we thought. We really enjoyed our time out in nature and away from the big city lights and were in no particular rush to get back to city life.

Thankfully our adaption from the great outdoors to city life has been nice and slow, as our four days in Seattle were spent on the beautiful island of Vashon.

Vashon Island is a little piece of rural paradise, Vashon has no bridge connection to the mainland and therefore maintains its peaceful, laidback feel. So the perfect place for us to set up base and start adapting again to city life.

After returning our RV and picking up our rental car we headed straight to our Airbnb, and got our first taste of the Seattle ferry system. For us, this was the first time we had used a service such as this, and it was such a fun experience, especially for little Aiden.

Vashon is a beautiful place, with beautiful woodlands and beaches and so we spent a large amount of our time just enjoying the peace and tranquillity that the island offers. But of course, we did head over to the mainland to get a taste of the largest city in the Pacific North west.

The first major stop on our agenda was a visit to Pikes Place Market, and we were not sorry, it has all the hustle and bustle you would expect a farmer’s market to have, and had a real vibe about it.

Pikes place is one of the oldest continuously operated public farmers markets in the United States and is a place of business for many small farmers, craftspeople and merchants. This market really lives its mission and founding statement, “allowing consumers to meet the producer”.

There is a huge variety of produce for sale, including comic books stores and collectible shops, but for us the most memorable part of the market was the upper street level that contains fish mongers and fresh produce stands, including a huge array of beautiful fresh cut flowers.

Be aware that Pikes Place Market is Seattle’s most popular tourist destination and the 33rd most visited attraction in the world, as such be prepared for crowds. It certainly feels like one of the most visited places in the world. But despite the crowds it’s a great experience and well worth a visit.

After our early morning visit to the market we headed over to the Smith Tower. Smith Tower is a skyscraper in Pioneer square and is the oldest skyscraper in the city. Built in 1914, It was the tallest building west of the Mississippi until 1931 and remained the tallest building on the west coast until the completion of the Space Needle in 1962. The tower is named after its builder, Firearm and typewriter magnate Lyman Cornelius Smith.

For anyone planning a visit to Seattle, Smith Tower should be on your list of must see destinations, it offers amazing views of the city, which rival those of the Space Needle, but the best part, the tower remains one of the city’s best kept secrets and so you don’t have to share this spot the crowds of tourists, as you would have to at the Space Needle.

As an added bonus, at the top of the tower is an amazing, speakeasy-style bar, where you can relax and enjoy an ice-cold beer or cocktail after having spent some time admiring the views of the city.

After a bit of city exploration, the day before, we decided to get back to nature by visiting the Washington Park Arboretum. The Arboretum is a true hidden gem, consisting of 230 acres of plants from around the world. The Arboretum has free entry and is the perfect escape from the hustle and bustle of the city, especially for us, as we continue our slow adaption back to city living.

Apart from our visits to these key attractions and our down time spent on Vashon Island, we spent a good few hours enjoying the coffee and food of Starbucks, and what better place to enjoy Starbucks, than in Seattle, the home of Starbucks. In fact, it is here in Seattle that we have found our favourite Starbucks, world-wide, thus far, very close to the Arboretum, on Madison St, in the neighbourhood of Madison Park.

Our Seattle visit was very short but we really enjoyed our time here and the mix of city and nature was just perfect.

As short as our Seattle visit was, nothing quite compares to our whirlwind stopover in New York enroute to visiting family in London. Perhaps apt, considering the frenetic pace NYC is renowned for.

We had just two nights in New York, which gave us three days to explore this city, these three days included our day of arrival and our day of departure.

There is so much to see and do in New York, but we had to contain ourselves and limit what we did, overtime we have learnt there is nothing worse than trying to max pack your trip leaving you dead on your feet by the end of. So, despite the short stop, we did our best to maintain our “slow travel” methodology.

The Brooklyn Bridge, the Financial District and Times Square

Soon after landing at JFK, and arriving at our Airbnb home in Harlem, we headed out to explore the city.

Our morning started with a trip on the subway to lower Manhattan, where we set about exploring the Brooklyn Bridge and the financial district, which included a visit to the Twin towers memorial, the charging bull and to Wall Street.

Not being used to the frenetic pace of city life anymore, we were all feeling pretty tired, but we soldiered on and went to Times Square, where we grabbed an early dinner, an iconic New York hot dog and just soaked up the hustle and bustle of the city.

After a very busy day, we had all had our fill of city life and were ready to head home and rest our weary feet. Luckily New York is home to the iconic central park, and as we fell asleep, we were all looking forward to getting away from the hustle and bustle again with a visit to Central Park the next day.

We are not yet fully back into the swing of city life, so it was so good to have Central Park just a short subway ride away from our home. Which allowed us to escape the city, without actually leaving the city.

In fact, we enjoyed central park so much, we chose to return the following day and relax in the park for the morning, before heading back to JFK for our flight on to London. We absolutely loved the park, and in the day and a half we spent there we managed to see most of the iconic spots. Although in reality, you would probably need a week to fully explore the whole park.

Our reintroduction to city life, saw us visit two iconic American cities, both very different in terms of size, location and pace of life, but what we did find was that both were equally welcoming and friendly, and both seem to value green spaces and places for people to relax, unwind and get away from the craziness that is city living.

Yes, our visits were probably atypical, in the fact that we focussed more on the parks and green spaces of both cities than most tourists would, but we found this the perfect way to transition from RV living back to city living.

And so, in what feels like the blink of an eye, our visit to the United States has come to an end. We have met some amazing people, people, many of whom we consider to now be friends. We found the country to be filled with amazing destinations and beautiful scenery, we found amazing beaches, beautiful forests and rivers and awe-inspiring cities to explore. The country is huge and hugely diverse, but everywhere we went we found the people to be extremely friendly and welcoming.

So, if you are planning a trip to the United States, my advice to you would be, yes, do it go and explore. But don’t limit yourself to the major cities, make sure you go and explore some of the beauty of the American National and State Parks too, you will not regret it.

To the people of the United States, and especially to those in the cities and states we visited, thank you for welcoming us with open arms and for making us feel so at home, we hope to be back soon.