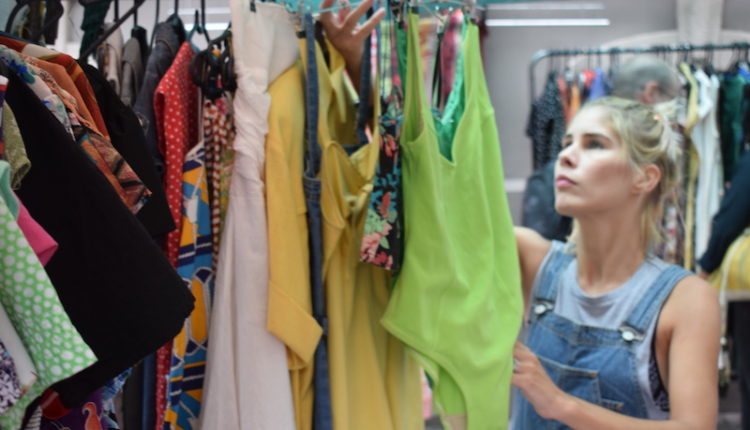 Back to city living in Montevideo

I’m not sure how I imagined the capital city of Uruguay to be, but Peter managed to find us an amazing apartment in the heart of the city. The view from the balcony was beautiful. It overlooked two cathedrals, old historical buildings and a view of the ocean, which made up for the fact that our Airbnb was an open air bachelor pad i.e. no privacy for ten days from the munchkin – Eeeek!

On arriving I quickly googled the  top ten things to do in Montevideo and one of the items was shopping of course, which popped its head up in the shape of a feria. A “feria” as I have come to know it, is a fair. The fairs in South America do not disappoint as they sell everything from fruit and veg to soaps to canned goods to nick nacks and my favourite…clothing. I was really looking forward to see the types of clothing they had at the fair but unfortunately I found the clothing at the feria which spanned at least 10 blocks to be of a very poor quality (china town type clothing) which was quite disappointing. I did however come across a second hand clothing store which delighted me because as most of you know I’ve always had a passion for finding treasures in second hand clothing stores.

My passion started far back when my mom and I stumbled over a St Lukes Charity Store almost 9 years ago now. At the back of the charity store they had a few rails which were jampacked with clothing. We poured over the rail for hours (in typical Lauren fashion) and found a few things we liked which seemed almost new. The items were not priced and the sweet old lady at the till said the items were only R10 each or something. We almost fell over as surely this couldn’t be right, but second hand clothing at that stage was not as trendy and popular as it is today (I was ahead of the trend even back then…ha ha) and so the obsession for cheap second hand clothing was born. I obviously found a dress I liked at the feria and subsequently bought. The price with exchange rate roughly equated to R150 and I thought this was not too shabby a price, as back home over the past ten years even charity stores have latched onto the second hand clothing trend.  It reminded me that not too long ago back home in Cape Town,  I went to a different St.  Lukes Charity store to check out the clothing and to my shock the prices started at R200. I mean they were name brands  but they had very clearly been more than well worn.

The whole idea of buying and selling second hand clothing got me thinking as to whether it was an actual trend here in Montevideo. This then led me to start doing some research on shopping in Montevideo, hence stumbling along an amazing blogpost by a girl named the Irishblogger – go check it out if you want (http://montevideoliving.blogspot.com.ar/2009/02/clothes-shopping-in-montevideo.html). The blogpost really helped me get a clearer picture of the shopping and where to shop here in Montevideo. What it didn’t tell me was that there was a gem of a store called Recicla nearby to where we lived. It was in walking distance and of course I went for a recon mission the next day…just for research of course.

It didn’t disappoint at all. I poured over the clothes for a long time. There was a nice mix of vintage style clothing with name brands. By the end of the look I somehow had about 15 items of clothing in my arms to try on…woops! I knew the plan wasn’t to buy anything but the clothes were just so pretty. I unfortunately had 3 items that I couldn’t part with and had to come home with me. Only problem was if 3 items came into the bag (round the world travelling is no joke – max 23kg ONLY!), 3 items would have to leave the bag (these would obviously have to be all my pyjamas as I couldn’t possibly part with clothes). I know that this massive family adventure is meant to be all about experiences and learning to live with less….but if I end the trip with the exact amount of items I left with….does that concept still stand?

No, but jokes aside and in all honesty this trip is about learning to live with less and learning to get more joy out of experiences with family and life but the shopaholic in me surely can be cured in time and second hand clothing is technically recycling (even if its only clothes) and that is still helping the environment in some way.

Besides the second hand clothing trend and shop that I found, I want to mention a few of the other sorts of clothing stores in Montevideo. These included the Indian Emporium (very boho type clothing), Piece of Cake (very trendy and retro type clothing), Si Si (lingerie/swimwear) and Lolita (beautiful high end clothing). These stores which I found to be all located  on the High Street in abundance were all fun to look at but nothing stood out for me as a have to have. The prices all seemed high as well even though the Summer sales were in full swing. The quality of the garments especially in Si Si and Indian Emporium were not great either. I think the comments on the blogpost of the Irishblogger rung true in the sense that people do most of their shopping in places like Buenos Aires if they are looking for the latest trends and better quality.

What I did notice about a certain trend in Montevideo (not sure if it’s just a trend here at this stage) is that literally 80% of the female population in the city all where platform heels and I am talking about serious platform heels. At first I thought “Wow! Those must be so heavy” but upon trying a pair on I realised that they were as light as a feather, obviously a sort of Styrofoam material. I absolutely fell in love with them though. There were so many different colours and designs and Peter and I were often caught giggling when we saw a lady wearing an even higher platform than the last. They weren’t expensive either and I nearly sneaked a leopard print pair into my bag but on second more reasonable thoughts – when would I possibly wear them? Possibly up Machu Pichu? Probably not!

As much as I thought Montevideo wouldn’t resonate with me in terms of fun shopping and trendy clothes after reading the Irishblogger’s blogpost, I did actually have fun here clearly, as I made my first real purchases of the trip. It just goes to show, you should always form your own opinions of a place before taking others to heart and doesn’t that ring true for so many other aspects of our lives… We look forward to travelling to the capital of Argentina, Buenos Aires next and sharing our experiences with you….until then…