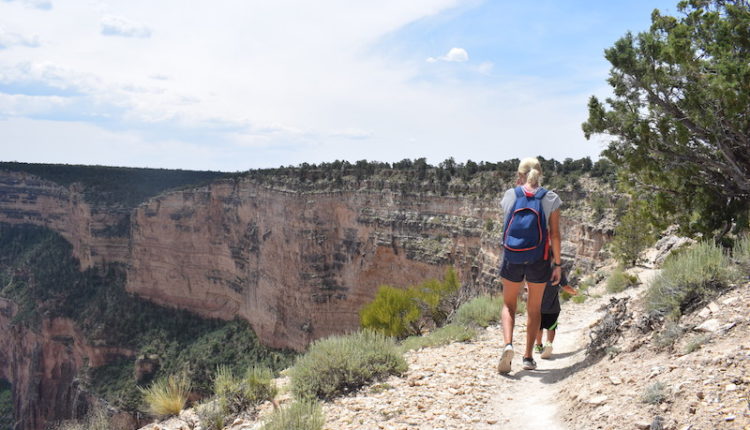 Getting back to nature and the simple things in life

Leaving L.A. was difficult for me as I had just started to feel comfy again in my surroundings and as strange as it sounds I felt a sense of inner peace and relaxation in our air bnb and I have no doubt that being around Jude had a positive effect on me. Jude and his wife Melissa even asked us to stay on at the air bnb for a while longer should we wish, however we already had a two-week R.V trip planned out and we were all looking forward to it, so we said our goodbyes and headed on. We picked up our R.V rental (a Winnebago) named “Minnie the Winnie” on a Tuesday morning without any hiccups and we were on the road by lunchtime. I must say it has taken some getting used to as I have never even set foot in an R.V before and now I would have to live in one for two weeks (it was certainly daunting).

So far we are just over a week into our trip and our R.V adventure has taken us to two National Parks, Las Vegas and the Grand Canyon. We have visited Joshua Tree National Park where we stayed in the Blackrock Campsite and Indian Cove campsite. Both were equally as beautiful.

The first two days of our trip were eye opening from a living perspective as the R.V itself is very basic with a small kitchen come lounge area/double bed next to the fridge/bathroom with shower and basin and another fold down bed above the driving area (yes bedtime with Aiden was an absolute nightmare as he just wanted to camp out with us the entire time ?).

The Joshua Tree National Park was amazing though boasting beautiful desert landscapes/ trail walks and many more other attractions. It was hot though, very hot. Aiden took a while to conceptualise that we were actually living in an R.V for two weeks but so far he has been taking to it very well even commenting that he wants to live here forever.

The R.V has definitely brought us back to the simple things in life. We are buying groceries daily again similar to when we were in South America and we are focussing a lot more on family time. I mean when we are in the R.V we are pretty much on top of each other ? so it’s hard not to be close, but Peter and I are focussing a lot more on Aiden in terms of playing one on one with him/ doing arts and crafts/ watching movies with him/ playing games and even toasting marshmallows round the fire every evening.

We are really relishing this time with him and we can already see the benefits. He seems calmer and less anxious when we go out on sight-seeing trips. At most of our air bnb’s Aiden would be happy just to stay at home each day watching the Ipad, but this R.V trip we have seen such a change in him. In the mornings he’s already asking what adventures will we be going on today? It’s so sweet and endearing to see. He’s up for more challenges even completing a 5.5km trail walk with us at the Grand Canyon. He seems to want to chat more to strangers and interact with them which is great. We were worried that this year might cause him to lose some social skills but he’s really tackling this year in such great spirits. We have really gotten back to nature on this R.V trip enjoying loads of outdoor time and exploring in National Parks and Deserts.

We often take for granted spending quality time with family. This time has really made me think that spending that time with family and friends is so crucial to life and one’s well-being. Being social and getting out there is not always easy but you are always better off for pushing yourself to do it. A lot of mornings I have woken up not feeling great or suffering from my terrible insomnia, but Peter often pushes me to get me going and I am so grateful that he does because at the end of the day when we get home from another amazing adventure of hiking or sight-seeing I feel full again. Full obviously in a spiritual sense but of course life is not always butterflies and rainbows….Aiden is still having mishaps with his potty training, as often when we are out and he gets over excited and he can’t seem to hold his bladder (I have the same problem..ha ha!). He also still has his tantrums out in public when he wants to be picked up which is often. Peter also can push my buttons if I am feeling a little tired or hungry and there’s no snacks around (I am an avid snacker) but at the end of the day when I’m lying down to go to sleep, I count my blessings….