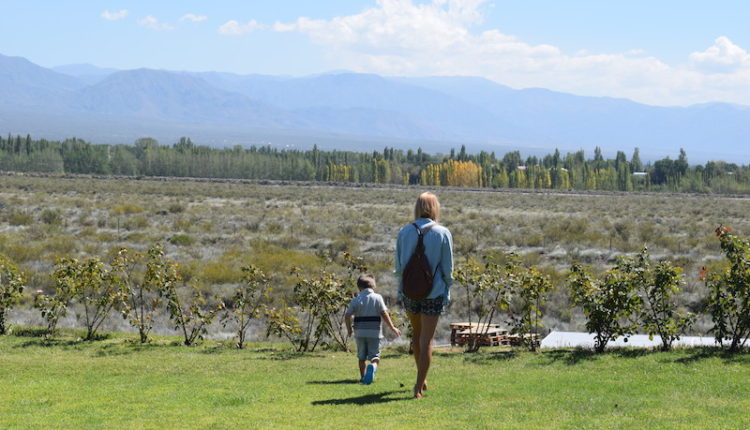 The people of Rio greeted us with such friendly open arms on our first leg of the journey that I kind of expected every city to be the same. It hasn’t been that way though……each city’s locals have been slightly different in terms of language, culture and familiarity. The language barrier especially has been our greatest challenge to date. I suppose in all likelihood though, I couldn’t just have expected every local in every city we’ve visited, to just waltz up to me and say “let’s be friends?”

I am so used to being back home in Cape Town where being able to converse with people when I choose to, whether it be with a friend, colleague or a stranger is totally easy i.e. the age old question in the supermarket to a stranger “do you think these tomatoes are ripe?” Rio is known to be one of the friendliest cities for its helpful nature with foreigners. They are generally the most likely to help you with directions to the local tobacconist for example. I am very glad that we got to experience the first leg of our massive family adventure there as the people were indeed very friendly and it helped solidify for me the fact that we were making the right decision by embarking on this huge decision to travel.

Our next stop was Ubatubu in Brazil where we spent most of our time on the beach (mainly because the town was about 2km away and there was no uber or yellow taxi’s in the area). Our Air b’nb hosts were amazing but we didn’t venture out to town often much so we didn’t get a real feel of the locals. Our stop after Ubatubu was Montevideo the capital of Uruguay. I felt that there the locals weren’t as inviting as what Rio’s had been but part of me feels that Rio is more used to tourists and foreigners and hence more accepting. Montevideo felt less like a tourist hotspot. As much as I loved Montevideo, it’s locals seemed less inviting and I think it solidified a point for me. The point that a city can make you feel one way or another by the friendliness of its people. It’s quite an interesting concept actually because it made me think “how friendly have I been in the past to tourists back home in Cape Town?”

Not very friendly at the end of the day. When I used to see tourists in my local shopping mall, I tended to look or walk the other way in fear of them bogging me down with questions. I struggled to even crack a smile at strangers when I wasn’t particularly in the best of moods.. What a horrible thought as now I am the tourist looking for sympathy or even just a nod of the head from locals….it seems a bit of a cruel joke for lack of a better way to put it. After Montevideo, we visited Buenos Aires for three weeks where my mom joined us. We stayed in a lovely area (even though our taxi driver warned us off it nearly when we arrived as she said it was unsafe) called Barracas. After Montevideo I was feeling a bit cold and a bit unaccepted in terms of a city’s friendliness and it’s cultures but the people of Barracas and Buenos Aires as a whole were vibrant, laughing, chatty and friendly, even with the difficult language barrier. A real sense of community in terms of family struck me there. Each day we would see young kids playing with old, moms walking their kids to schools, dads picking them up in the afternoons, strangers helping the elderly across the road and especially the city’s  respect for children struck me. From what I’ve personally seen they really seem to honour their children here in terms of time spent with them.

The working hours in Rio, Ubabtubu, Montevideo and Buenos Aires seem more flexible for parents with the siesta in the afternoons so that there is time to go home, pick their children up from school and so forth. I think this is amazing especially since the quality time I have gotten to spend with not just Aiden but with Peter as well, has shown me that Cape Townians focus far too much on work/ work needs and not enough time spent focussing on family and quality time with family. Back in Cape Town it’s like a mad rush every day – getting Aiden to school, rushing to work, trying to fit in gym or studies, rushing back home to Aiden, the nanny, cooking supper, putting Aiden to bed only to start it all over the next day. How much of this time is quality time? Not enough in my opinion and it sucks that alternative options have to include one parent potentially quitting their job, starting to work from home (not always ideal), or starting your own business (this is sometimes harder than an 8-5 job).

Or you could just potentially win the lottery, not in my case as I don’t ever play the lottery but then you would have won the ultimate lottery as both parents could decide to stay home with the kids knowing that everyone would be looked after financially. It made me start to realise though the importance of quality time, not just with family but with friends as well. This time is so important in life otherwise what is the point to living? You only get to live one life, shouldn’t it be about enjoying oneself to the fullest?

On the next leg of our adventure we found ourselves in Mendoza, Argentina. A bit off the beaten track, but it is a city known for it’s wine country and well…for those who know me, we could not pass this up. Unfortunately I was a bit sick this week and did not get a proper opportunity to sample enough wines as I would of liked, but this did not stop me from thoroughly enjoying the city and it’s people. We did two big day’s out this week which included a High Mountain tour which took us up the Andes and a Wine tour which took us through the winelands of Mendoza where we got the opportunity to stop at 6 wine farms (one of these included lunch). I loved both trips but Aiden really stole the show on both days. Aiden has this innate charm to annoy the hell out of us but seem to use it to charm the pants off strangers. On our High Mountain tour he latched onto a lovely lady named Cynthia nearly first thing. Once he has ascertained that she was friendly enough, he then decided he would spend the remainder of the tour with her. I was a bit jealous to be honest as he held her hand every time we got off and on the bus (I wasn’t really jealous as it was so sweet to watch) and joked around with her innocently. She spoke English which certainly helped and luckily Cynthia’s kind boyfriend didn’t seem to mind Aiden’s intrusion into their day too much. On arriving home that night Aiden could not stop talking about the friend he had made that day. He kept asking if we could go to her house to visit. Sadly, we had to explain that he wouldn’t be seeing her again as she had to go back home herself. Cynthia and her boyfriend were from El Tigre in Buenos Aires where we had just visited so us grownups got to chat over lunch which we enjoyed, even exchanging Facebook details.

On the wine tour outing Aiden decided that he would charm the pants off all the tour guides. They all spoke English again which helped a lot. We think that Aiden is associating English with home and familiarity so potentially all people that speak English here in South America are from home and can be trusted and befriended. That aside on the day of the tour he was following the poor tour guides round, making sure that he was front in line whilst they were giving their actual tours, reminding both Peter and I as being a bit of a teachers pet). It was very sweet again but what struck me was the complete friendliness of the tour guides towards Aiden including the people on the tour (mostly locals). They were so accepting of him. Peter and I were cringing at stages thinking “really!! Is that our child?” and the rest of the group would just laugh. It was so nice and calming knowing they understood almost what 3 year olds were like. I think it’s that family culture again that struck me.

Back home in Cape Town I think most three year olds who cry in grocery stores because they are tired or who run around in shopping malls for some or other reason are looked at with such disdain whilst here it is accepted  and children are respected. Aiden making friends here in Mendoza has been such an amazing thing to watch and it makes me so proud, that he has this ability to make people warm to him without even trying. Also I am beginning to learn some valuable life lessons myself. Lessons that most of us already know but are too busy in the rat race to really think about. The lesson is family. Family comes first and quality time with family comes first. Actually, quality time with yourself, your family or your friends should come first. Life is just honestly too short to think any other way and I am really glad that I have got to meet some amazing people along the way so far to remind me of this!