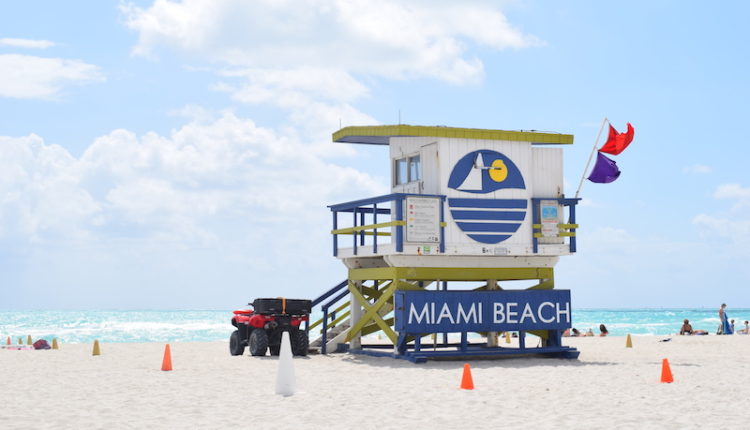 Miami – not just what you see on the television

Arriving in a new city and heading to a “new” home always comes with a sense of trepidation and I guess, excitement. Is our accommodation going to be up to standard? Are we going to be able to travel around the city with ease? Etc etc.

Heading to the airport in New Orleans for our short flight to Miami, as per usual I was feeling these thoughts, but they were more heightened than normal. I am not sure why, perhaps it was travel fatigue, perhaps it was the awesome experience of New Orleans and the thought that nothing will match up. Or perhaps it was the fact that I really knew nothing about Miami except for what I have seen by watching CSI: Miami on television.

As it turned out there was nothing to fear. We arrived in our new home, in the neighbourhood of El Portal. And from the minute we arrived, we knew we were going to enjoy our stay here. The village of El Portal has been designated as a bird sanctuary by the state for more than 50 years, which means that the birds and trees cannot be harmed in any way and makes for a beautiful place to stay. Our Airbnb hosts were absolutely fantastic and made us feel welcome from the minute we arrived. They were extremely helpful and were so giving of their time, always willing to chat and to offer advice on where to go and what to do.

In fact, our first adventure, to the neighbourhood of Wynwood and to the Wynwood walls was because of their recommendation. I am not entirely sure if we would have made It there, if it were not for them.

Wynwood overflows with vibrant artwork, restaurants, breweries, clothing stores and many other retail stores. And of course, the main attraction, the Wynwood walls, an outdoor mural permanent exhibit featuring some of the worlds most renowned street artists. Wynwood is such a vibey neighbourhood and just wandering through the streets and browsing the artisanal markets was a great way to start our adventures in Miami.

Other than CSI: Miami, I knew that Miami was famous for its beaches, especially South Beach. And no trip to Miami would be complete without some time on the beach. During our stay in Miami we made two trips down to the beach. Just relaxing and spending quality family time on the beach was great, especially after our whirlwind adventure through New Orleans.

Again, on the recommendation of our hosts, we hit the beach below 5th street, apparently, a more family friendly spot. And then also on their suggestion, after the beach we took a short walk down to South Pointe Park, where there were some cool jungle gyms and water fountains for Aiden to play in.

We decided to make a visit to the Miami Seaquarium, mainly because we thought Aiden would enjoy the experience. Much like the feelings we had regading the zoo in New Orleans, we had similar feelings about the Seaquarium. But despite mixed feelings about animals in captivity, off we went.
We had a really fun day out at the Seaquarium, we saw the dolphins, and the Orca, the two main attractions, as well as many other marine animals. For me seeing the dolphins and Orca up close was an amazing experience, even though it was in a contained area. But interestingly Aiden was more interested in the penguins and what turned out to be the hit of the whole day, the childrens play area, being a pirate ship complete with water cannons. Luckily we were prepared and had a change of clothing on us.

Similarly to my thoughts on the zoo in New Orleans, seeing these marine animals in captivity still does not sit totally comfortably with me, but I do think these institutions have an important role to play in the conservation of marine life and the education of us, the public. And it was obvious to me that all the staff at the Seaquarium had a genuine love for the animals in their care, all of whom seemed happy and healthy.

The rest, of what was a relatively short stay in Miami was spent exploring our local neighbourhood of El Portal, shopping at the local shopping centre and a couple of trips to Target. Now Lauren goes into more detail about this in her blog, but we have nothing like Target, or Walmart back home, so a visit to Target was an experience in itself. Almost as exciting as a visit to the other major tourist attractions the city has to offer.

Coming to Miami, I was unsure what to expect, but what I have learned is that Miami has far more to offer than just beaches and crime scenes. It is city that oozes money, but it also has lots of charm and character, as we discovered in the El Portal and Wynwood neighbourhoods.

It was a somewhat surreal experience being in Miami, especially having seen so much of it in television shows. It makes the city feel somewhat familiar, and one almost expects to bump into the characters you have grown up watching.

Perhaps that is why my feelings of trepidation where heightened ahead of our trip to Miami. You almost have a preconceived idea of what to expect of a destination having seen so much of it on TV. Something we have yet to experience whilst travelling through South America.

Yes, at times we felt like we were on the set of a television series, but what I have learned is that although TV can accurately depict what a city looks like, it cannot really portray the “feel” and “pulse” of the city. So yes, as we travel through the states, we probably will continue to feel a sense of familiarity, thanks to TV and the movies. But the reality is each city we visit is new, and exploring the places and meeting the people of the cities that lie ahead will be just as exciting as it was in South America.

So those feelings of trepidation, were probably feelings of expectation, and a nervousness that expectations would not be met. So my challenge to myself going forward is to try and forget what I think I know about America and American cities, based on what we see on TV, and rather let each destination we visit speak for itself.

If Miami has taught me anything, the USA has far more depth and intrigue than any movie or TV show could express.

I look forward to continuing to see and learn more about the Real USA.