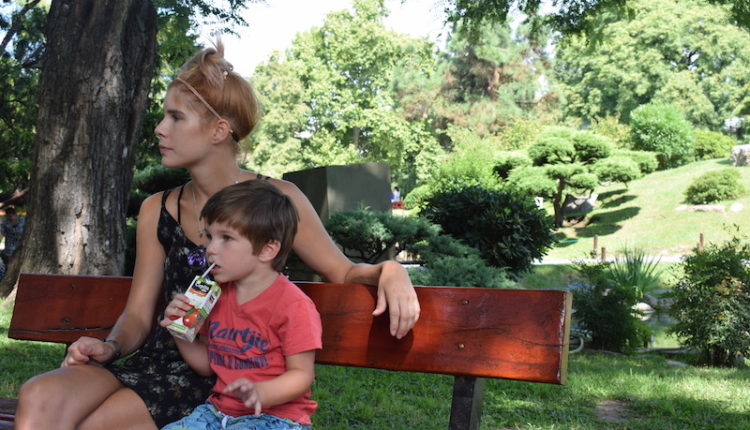 Travelling with a three-year-old boy….

Is it normal to want to kill your kid five times a day?? I hope it is, otherwise I need to win the prize for failed parent of the year. The nightmare of a three-year-old behaviour has finally arrived…. and we are half way across the world trying to deal with Aiden’s tantrums and kicking and screaming without the help of two well-equipped grandparents houses to drop him off at when we are going mad. Have we done the right thing about bringing him on this massive family adventure?  only God knows but for now we are trying our very best not to have a complete melt down and partly try to enjoy this amazing adventure that we are on…

We are now settled into a cute air bnb apartment in Mendoza, Argentina. We arrived early morning on Tuesday this week after an 18-hour bus journey and Aiden had been terrific overall sleeping most of the way here. We thought the hard part was now behind us as travelling via bus or plane with a child is always a gamble. You are never quite sure what you are going to land up with…. but Aiden had cooperated well and even when the bus arrived two hours later than scheduled we managed to hold it together. We have been in Mendoza two days now and Aiden has been driving us insane with his tantrums though. We tried to put it down to the moving of cities again. He was quite settled in Buenos Aires (as we had decided to stay there three weeks with granny making an appearance for a stay) and then granny left and the 18-hour bus trip happened. But the tantrums he is having is displaying now is over authority issues, and that we are finding the most challenging. Trying to tell your child No! and then having to explain it to them is difficult at the best of times but we feel guilty most of the time as we pulled him from his comfortable home/ environment back in Cape Town, his school, friends and well-loved grandparents, to bring him on this massive family adventure with us.

Travelling with kids we were told was not going to be easy but I mean we thought we only have one kid (and he is small) … so how hard can it be??? Well, it can be super challenging at times but also on the other hand such a blessing. Aiden is only three, and he will have only the photos to remember this trip by, but seeing the world through the eyes of a child (as corny as that sounds) has been something quite extraordinary for me personally. I was never a baby/ child person growing up. My brother was always the one that gravitated towards playing with the babies/ toddlers at crèche. He had such a special way with them that they almost loved to be around him instantaneously.  It was only when I met Peter and fell madly in love that the thought of having a baby came to mind. Peter has turned out to be a natural born father (I never doubted that he would be) but becoming a parent for the first time has been tougher on me at times. I struggled with postpartum depression back in 2014 and was quite honest with people when they asked me how motherhood was going… that it was not all rainbows and butterflies.

It took me the better part of a year to form a real connection with Aiden and some days I still struggle with motherhood. I have read a million self-help blogs and positive quotes abut mothering but it never quite hits home until you’ve really experienced it. I don’t think that people without kids really understand the personal struggle it takes to be a parent. I mean there is no such thing as lazy afternoons on the couch, going out for social drinks on a Saturday night, just going out for lunch with friends at the drop of a hat. Everything now since becoming a parent has to be regimentally planned when venturing out with a tot. Do you have spare nappies/ clothes/ bottle/ wipes/ food/ etc etc? It’s a full-time job on top of your actual full time job. Peter and I have countless times forgotten something in this ever-encompassing magic bag only to argue later about whose fault it was for forgetting to pack the missing item.

I ultimately feel that every mistake is my fault as I am the mother??? Aren’t I meant to know to pack everything/ have everything planned/ cleaned/ organised??? It is so much pressure and not to mention when having Aiden I had full time studies and a ½ day job on my plate. People kept telling me how amazing I was to be juggling it all…. but back at home (at the ranch) I really wasn’t. I was a  mess. I thought mothering would be easy… Aiden breastfeeding on one boob, textbook in the other studying and a hot meal readily prepared on the dining room table for my amazing husband when he got home from work. This was an impossible dream so to speak. Also, adding exercise into the mix was a nightmare but I naturally as most first time mothers did want to lose that baby weight almost overnight (impossible ladies – it takes time). So here I am falling apart at the seams whilst on the outside people think I’ve got it down. How many mothers are not going through the same thing and suffering in silence I wonder now. And speaking for the dads out there too – it’s not always easy on them either- I mean there are self-help books on how to prepare for parenthood -but who has the time to actually read them. When Peter and I brought Aiden home for the first time from the hospital, he cried for 5 hours straight. We thought we were doomed… it had to be colic…what were we doing wrong??? Luckily for us he stopped crying and has been a well-baby since, but as parents we worry constantly that our child has something wrong with them (when 99% of the time its just the flu and not the bubonic plague).

So here we are taking the plunge…the plunge into parenthood whilst travelling abroad with a three year old boy. It has been 8 weeks on this massive family adventure and I wouldn’t trade anything for the world. Even on days like today when I want to send Aiden home on a one way ticket, I never would because he makes this journey all the more enriching for both Peter and I. Also I can’t seem to stay angry at him for longer than five minutes. I’m sure most parents struggle with this too. All we have now that’s on our side is the “naughty” corner and the fact that Peter and I outnumber him (for now. And of course we love the little bugger to the moon and back.

A few general tips for parents travelling with kids (only in my personal opinion) include:

Until next time be awesome!